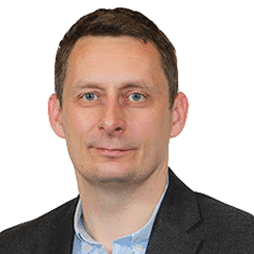 Justin serves as the Chief Technology Officer of Ribbon’s Cloud and Edge Business Unit, where he and his team are responsible for establishing product strategy and technology direction. He was previously Vice President of System Engineering and Architecture at Ribbon. Justin has worked on every aspect of VoIP from media gateways and application servers through to SBCs, UC systems and WebRTC. His current focus is on helping transition the industry to software through virtualization into NFV/CNF and to unlock the data value in networks via Big Data Analytics and Machine Learning. Justin joined Ribbon from Sonus, where held a range of R&D based roles since joining the company in 2000. Prior to that, he began his career writing software for telecommunications protocols. He has been awarded several patents and holds 2 BSC degrees in computing and physics.

Key Articles & Media
02/18/2021
Securing the edge of your world
Blogs
07/16/2020
Securing your Unified Communications Below the Surface
Take the Next Step!
Send Us a Message