Today, fixed-wireless access (FWA) is used for perhaps 5-6% of household broadband connections globally, although this varies widely by country and region. There are various use-cases, but generally FWA is deployed in areas without good fixed broadband options. It is often used in sparsely-populated rural areas, where the economics of fixed broadband are untenable, especially in developing markets without existing fibre transport to towns and villages.

Increasingly however, it is being used in more urban settings, and more developed market scenarios. This is where 5G is likely to make a big difference in coming years. It is also – counterintuitively – an extra opportunity for fibre wholesale.

There have been various technological options for FWA in the past, including variants of Wi-Fi, 4G LTE, WiMAX and various proprietary solutions. Sometimes cellular networks primarily intended for mobile broadband (MBB) have also been used for fixed usage as well, especially if spare capacity has been available. In many instances, FWA requires an external antenna on each individual house, although it also gets deployed for multi-dwelling units (MDUs, i.e. apartment blocks) as well as some non-residential premises like shops and schools.

Whereas most of today’s FWA is used in places without fixed broadband, 5G expands the addressable market significantly. In some locations, it is becoming an alternative (or substitute) for xDSL, FTTx or cable broadband, extending today’s existing FWA technologies with faster speed or better economics. Another important use-case for 5G FWA is for cheaper and faster “drops” from existing fibre broadband networks to new homes or streets that have yet to receive coverage.

Depending on the spectrum and architecture used, FWA can potentially deliver gigabit speeds, although that requires suitable high-performance backhaul and transport to support it – and is more typically found in urban locations, or where FWA is integrated into converged service infrastructures.

Potentially, 5G FWA could double the realistic addressable market, with scope for 100 million or more new residential connections over the next 5-7 years. While some of these will substitute for existing low-end broadband, few will be replacing FTTX rather than copper.

Various early launches have already occurred, including by Verizon in the US and SKT in South Korea. Fastweb is aiming to cover 8m Italian homes with FWA coverage by 2024; on the same timeframe T-Mobile US is aiming for almost 10m residential FWA subscribers. In the UK, 3UK is pushing hard for 5G residential broadband as well – partly as a follow-on of its legacy business with the acquired UK Broadband/Relish business.

It is worth noting that not everything being called “5G FWA” is technically based on the new 3GPP 5G NR technology. A number of service providers - such as the increasingly well-funded US startup Starry Networks - are using customised variations of IEEE 802.11 technology, but are not allowed to call it “Wi-Fi” as it hasn’t been officially certified – so they call it 5G instead.

While some operators will be FWA-only startups, others will be 5G mobile operators adding FWA to existing smartphone-oriented plans (perhaps with network slicing), and others will be fixed or cable providers using FWA to extend their FTTX footprint into areas that are either uneconomic entirely, or which need a mid-capacity option for price-sensitive households.

Backhaul options & the role of wholesale

For the most part, the first 5G FWA networks (such as Verizon’s) are using self-built fibre for backhaul, but as the market grows rapidly, it is likely that wholesale opportunities will grow as well – although that poses an interesting strategic dilemma for players that may find themselves enabling competitors to hurt their retail broadband business.

In particular, the FWA launches in high-band and mmWave spectrum in urban / semi-urban areas will need small cells on light-poles or other street furniture, given the short range and (near) line-of-sight requirements of the transmitters. This may mean a reliance on fibre-to-the-small-cell, as the installations might not be suitable for wireless backhaul.

In Disruptive Analysis’ view, this is a largely incremental opportunity for the growing number of wholesale and open-access fibre providers.

Most open-access fibre networks today primarily connect individual homes and business premises with FTTP access. The wholesalers then sell connections via their retail partners (typically ISPs). In some markets these ISPs are actually themselves mobile operators as well – for instance, CityFibre’s partner Vodafone in the UK, or Open Fiber and 3 in Italy. These telcos are often aiming for triple/quad-play services for their customers – offering mobile phone service along with fixed home broadband.

MNOs – and indeed mainstream fixed broadband providers - may be happy to sell 5G fixed-wireless access to homes instead of FTTH in some places. For mobile operators, the FWA offer can complement their mobile broadband offers for personal devices. For fixed operators, they should be able to extend their reach – or target a different tier of users – with cheaper last-mile FWA drops.

In these cases, the wholesale fibre operator could provide backhaul services for localised small-cells, for example to lamp-posts or utility poles on each street or neighbourhood. This will likely need a different product set (for instance Ethernet rather than PON) but could present the infrastructure owner with a different revenue stream. That said, care will be needed to ensure that fixed-broadband ISPs (who are the primary wholesale customers) do not perceive the new 5G FWA players to be an unreasonable competitive threat.

One of the first potential examples of this model is in Italy, where Fastweb has concluded a reciprocal deal with Open Fiber, to cover rural areas and 80 smaller Italian towns where it lacks its own infrastructure. Separately, Fastweb has acquired 26GHz spectrum and is planning a major FWA deployment, so it seems very probable that in many locations it will be using the new deal for wholesale fibre backhaul.

We will also likely see hybrids of this model with the neutral-host approach discussed in a previous blog post. Some fibre wholesalers could also offer the FWA last leg on a wholesale basis as well, owning the small cell and perhaps even spectrum themselves. There could also be cross-over with the tower and broader network-infrastructure business, as innovative mergers and adjacent-market expansions proceed.

Overall, Disruptive Analysis does not see 5G FWA as a major threat to the residential FTTX business. While there will be direct competition in some places, in most we will likely see more hybrid and converged approaches – and an overall incremental growth in ultra-fast broadband reach. 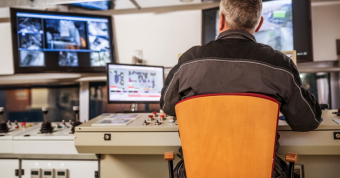 NFV Evolution: Are We There Yet, Or Are We Just Getting Started?
Sanjay Bhatia, Vice President of Solutions Marketing and Strategy
February 27th, 2020
Read More
Take the Next Step!
Send Us a Message