Freedom without Order is a Sure Path to Chaos

Maximizing spectrum efficiency is a challenge that operators have wrestled with for decades. And the challenge of optimizing spectrum planning and management is only magnified as networks become faster and more complex. Operators with a well thought-out plan can avoid significant waste and inefficiency in the network.

Wavelength division multiplexing was originally constrained to a fixed grid, first at channel widths of 100GHz, and then, as lasers improved, at 50GHz. This was imposed by the inflexible nature of fixed filter technologies. Fibers could not mix schemes, which hindered the deployment of new transmission technologies. 50GHz was often too narrow, while 100GHz was wastefully wide.

The introduction of flexible filter technologies, like liquid crystal on silicon, enabled customizing channels with varying widths all along the usable spectrum, typically with 6.25GHz granularity. Today, most new deployments use a flexible grid.

Flexible grid allows tailoring the width of each channel on a fiber to provide a “best fit” for the transmission needs of the signal it carries. This depends on multiple factors like desired line rate, modulation scheme, baud rate, and target distance. For example, a 200G coherent signal transmitting a few hundred kilometers may require only a 50GHz channel, but this may need to be widened to 75GHz to traverse several thousand kilometers.

In theory, flexible grid allows continuously optimizing channel widths across the entire spectrum on a fiber. In practice, however, operators generally use flexible grid in a “set and forget” fashion, as keeping track of changes along multiple hops between ROADM-powered network nodes is onerous. Spectrum re-assigned to a channel on one hop may not be available on the next, creating a need for complex re-shuffling across the entire network that becomes exceedingly difficult to manage. Ultimately, spectrum “defragmentation” becomes so complex that it leads to abandoned, and thus wasted, spectrum.

There is a risk that we are heading to this situation with the adoption of high performance 800G coherent wavelengths. These wavelengths are a headline grabbing achievement, but what the headlines do not say is that 800G wavelengths require a strange channel width of 112.5GHz. Yes, 112.5GHz, non-negotiable, dictated by immutable laws of physics. While this is permissible with flexible spectrum, one can see the spectrum management problems this may cause down the road.

There is, however, a better way. How? By creating a spectrum channelization plan based on multiples of 75GHz. This makes sense if we take a step back and first identify that the primary objective of optical networks is to transport predominant 100GbE and growing 400GbE client traffic. What this means is that we need to build optical networks on multiples of 400G lanes.

Two main technologies for accomplishing this today are:

The chart compares the relative performance of these transceiver technologies – under common fiber and amplification conditions – for creating multiples of 400G lanes. 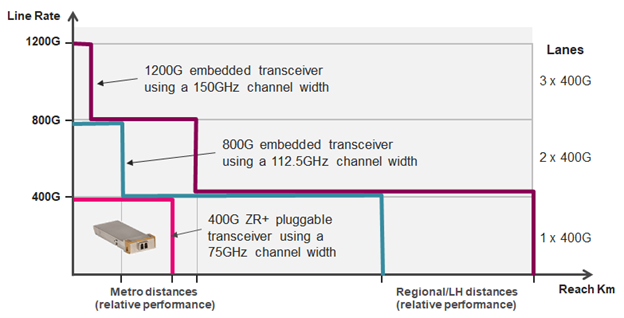 The chart below summarizes the spectrum implications. It shows that we can adopt an Mx75GHz channel plan to build an Nx400G optical highway that combines both pluggable and embedded transceiver technologies. We can start building this today, and it is will accommodate 1.2T wavelengths when these become available. A thoughtfully implemented channel plan can lead to an efficient next-generation fiber network and help avoid wasting precious spectrum.  As a final thought, if you plan on deploying current 800G wavelengths, it may be advisable to assign these to 150GHz channels, and not need to deal with spectrum fragmentation in the future as the 1.2T technology becomes available. 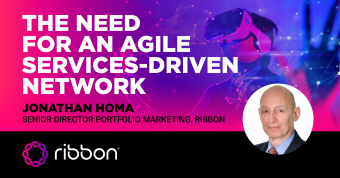 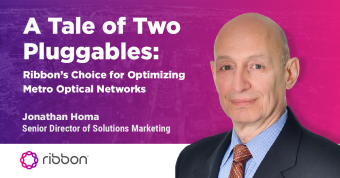 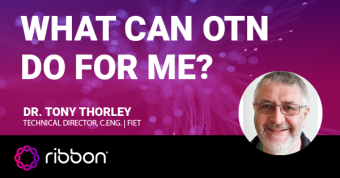 What Can OTN Do for Me?
Dr. Tony Thorley, Technical Director, C.ENG. | FIET
May 13th, 2021
Read More
Take the Next Step!
Send Us a Message