One thing that 2020 has clearly shown us is that communications services is a basic and fundamental driver of our global economy. During the COVID-19 pandemic, we realized that many tasks can be done at home, if access to communications services is sufficient. Many of us can work from home or other locations outside of the traditional office; students do not have to be physically present at school to participate in lectures; and we don’t need to go to movie theaters watch a new film release. The new normal is that remote working is in many cases just as productive as working in a traditional office; while it may not be ideal, students can easily adjust to e-learning and we can get the latest movie releases from increasingly popular streaming services. 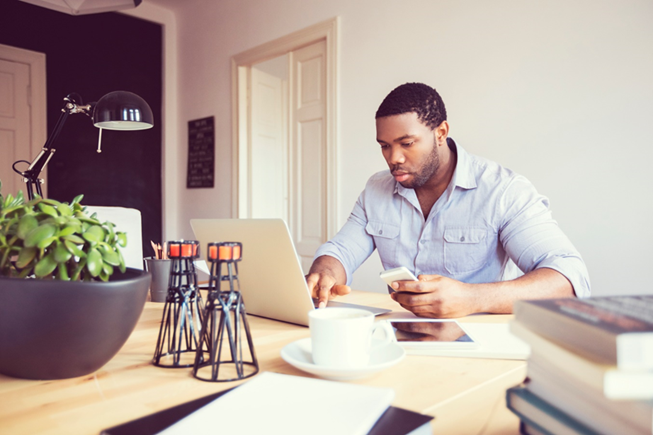 All of these activities are made possible because of communications networks’ ability to dynamically adjust to changing bandwidth and capacity demands. For example, videoconferencing services will more than likely be used more during office hours. While gaming and streaming might be more consumed in the evenings and weekends, thanks to lockdowns. But, what if communications networks were not able to respond to changing consumer demands? They would potentially be overwhelmed because we did not take pandemics into consideration when we originally designed the network infrastructure. So how do we manage? – The answer is Traffic Engineering (TE).

What is Traffic Engineering?

The goal of Traffic Engineering is to facilitate efficient and reliable network operations. While doing that, Traffic Engineering must also optimize network resource utilization and traffic performance. This should be easy and straightforward, if we know how traffic is traversing the network and how traffic behaves over time. However, traffic tends to behave dynamically and have different types of requirements. Additionally, this becomes a challenge when network resources are limited, as we try to squeeze everything into one physical network infrastructure.

One way to overcome this challenge, is to make the network flexible and agile so you can differentiate and steer traffic. To some degree, this type of network already exists today using Multiprotocol Label Switching (MPLS).

During the early days of lockdown and the sudden spike in demand, there was a great deal of concern regarding network performance and whether or not the network could withstand such high usage rates. We saw two main scenarios play out. One included issues due to the transport network not having enough network resources and already running at full capacity. The only solution to this problem was to increase capacity, especially when there was no option to drop lower priority traffic.

In the second scenario, the transport network still had plenty of capacity or sometimes even extra resources. However, manual control was used to steer lower priority traffic to underutilized network resources. This resulted in there being a significant period, when there was low network performance experienced by end users. Some operators had to limit streaming services and social media traffic, to maintain traffic performance for video conferencing during office hours.

The ability to divert the traffic to underutilized network resources during congestion, will prevent these network hiccups. End users should not experience issues if there is suddenly an event causing certain network resources to be congested. In an ideal world, the children’s video streaming and online gaming should not impact the parents videoconferences.

This is possible if the network is able to dynamically differentiate and steer traffic, optimizing the use of network resources. This is what Traffic Engineering using segment routing (SR) is designed to achieve. The source routing principle used in Segment Routing Traffic Engineering (SR-TE) enables steering of the packet by just changing the instructions on the packet header at the headend network device. There is no change needed at the transit nodes. This makes it easier and quicker to make changes in the network.

The ability to dynamically steer the traffic also enables mobility. This means, communications services do not have to be anchored on fixed access points. In the future, the network will be able adapt and move the service and the capacity with the individual using the service. A great example would be multiple mobile consumers commuting from the city center to the suburbs streaming a live football game during rush hour traffic while waiting for the bus, and then continuing to stream the event while on the bus. 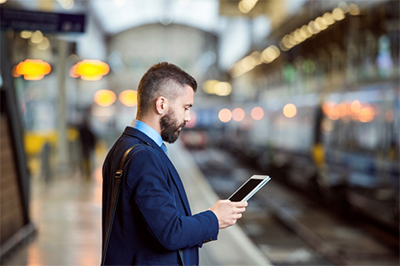 If we were paying a premium for this service, we would expect an enjoyable uninterrupted experience. In network terms, traffic has to be steered to adapt to the shift of the load in the network. The best effort traffic will have to be shifted to take longer routes in the presence of live streaming traffic, decongesting the premium route, so latency figures can be maintained. If such change in the network requires manual configuration, there is a high probability that the network adaptation will be too late, causing intermittent service degradation. If the network adaptation is too early, network resources could be wasted. This illustrates the importance of dynamic and closed loop systems coupled with a programmable network infrastructure to enable service mobility in transport networks.

While SR enables network programmability and dynamism, it doesn’t operate on its own to achieve the goals of Traffic Engineering. SR belongs to a larger closed loop ecosystem achieving a feedback mechanism, so the network can adjust to the load and failures. The heart of the system is a Software Defined Network (SDN)-based controller, which has a global view of the network, network load and available network resources. The controller uses this network information to perform optimized and fine-grained path computation achieving the goals of Traffic Engineering. The controller can also be connected to a higher orchestrator and business applications, so it is possible to take into account non-network variables such as planned events and forecasted traffic patterns.

With these new advanced Traffic Engineering capabilities, network operators can now offer new premium and mobility services on top of existing basic services. Traffic Engineering also supports new developments in other network layers and domains, such as the fifth-generation mobile networks and edge computing, where traffic between users and applications will be dynamic. Putting it all together, these capabilities enable consumers to dramatically improve their communications experiences, regardless of whether they are working, learning or playing.