Knowing When to Say Goodbye

By design and tradition, telecoms networks are built to last. But in a world where the rate of innovation seems to be accelerating, the end result is that a lot of legacy infrastructure needs to keep pace with, and accommodate, multiple ‘next generation’ phases. How long this can be maintained before the imperative to rip and replace becomes impossible to ignore is the multi-million-dollar question.

The challenges faced by telecom networks have changed dramatically over the years, and the advent of 5G networks will further accelerate the pace of change.

Not everyone reading this will remember the launch of the Synchronous Digital Highway, or SDH network, and its close cousin SONET. The standards for these network approaches were defined in the 1980s and were hailed as a technology breakthrough. When they began to roll-out in the early 1990s, these were revolutionary networks.

Next generation adjustments such as Ethernet over SDH were made to improve the situation, but the world was moving inexorably from circuit-switched approaches to packet data transmission. Today, our society is totally dependent on packet services and applications and SDH/SONET networks are simply not an efficient way to carry packet services.

That said, the SDH networks still in use have good reliability, are very profitable for service providers, and still meet the needs of end-customers – so why is there a need to change?

While these legacy networks may be reliable and relatively low-cost to run, we are beginning to see issues. The networks are well past their end-of-life - hitting the up-swing of what is known as the bathtub curve, when we see a sharp rise in failure rates. A scarcity of spares and expertise also means they start to become harder and more expensive to maintain. Keeping these networks alive is becoming harder to justify at a time when operators and customers are looking for more flexible platforms to support a dynamic mix of services and applications.

Because while much of the transport infrastructure technology has stayed the same, so much else has changed in the telecommunications world. Network access is now mixed between mobile and fixed, and connection speeds are increasing exponentially alongside lower operating costs and guaranteed levels of service. While SDH networks may be relatively low-cost to run, modern optical transport networks are fast approaching zero cost per bit in transmission terms.

What’s more, despite how far we have already come from the perceived advanced capabilities of those first SDH networks, we are now on the verge of a further, packet-enabled, revolution that will bring real societal transformation.

By 2023 it is estimated that two-thirds of the global population will be internet users, consuming video content from a mobile device. Access networks will offer huge capacity; whether that’s from the gigabit connection speeds offered by fiber, or from ultra-high bandwidth 5G mobile networks unleashing countless new consumer and business applications.

Now, surely, it is time to thank SDH for its service and turn off the life support rather than trying to maintain a business model from another era. Next generation packet and optical networks can support everything that is needed today, and well into the future.  The progress and innovation made over the last few years, in readiness for the introduction of 5G and network slicing, has created the low-cost packet transport network of the future.

If anything, the challenges of the global pandemic have only served to further emphasize the need for change. While the networks have, largely, coped fairly-well with the change in working practices, the extent of their full potential is being revealed and demand for the new normal will rise. That demand will be driven by applications such as video-based home working, by the rise of a consumer, a business and an industrial Internet of Things; and by the realization that a whole field of advanced services – such as home-healthcare and remote medicine - can be supported from mobile devices.

The access networks are being built and delivered to cope with this demand. Those companies that recognize the need to also invest in and modernize their transport networks, will be the first ones to take full advantage of their potential and thrive in the new normal. 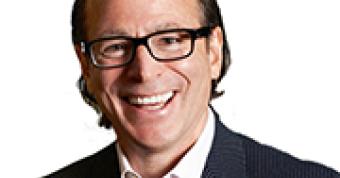 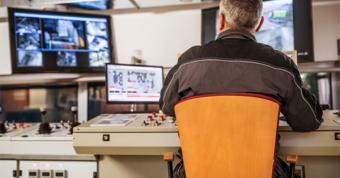 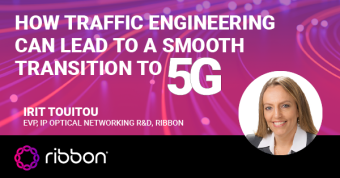