What Has Become of the Great ONOS vs ODL Battle

Debates in the SDN Controller Space

Not too long ago, in all meetings with people close and less close to the matter there always was the same question… which controller do you work with? ONOS or Open Daylight? And why that one? Why not the other? Religious debates… where have they gone? Why has it become so quiet? And is there anything we can learn from them?

Forgot about it completely? I don’t want to bore readers with history and technical details, since this can be found on the web, so let’s just remind you of the actors.

“OpenDaylight is leading the transformation to Open SDN. By uniting the industry around a common SDN platform, the ODL community is helping to make interoperable, programmable networks a reality. This is why so many regard OpenDaylight as the industry’s de facto standard.”

Damned cool, huh? Wait until you read the other one…

“The Open Network Operating System (ONOS) is a software defined networking (SDN) OS for service providers that has scalability, high availability, high performance and abstractions to make it easy to create apps and services. The platform is based on a solid architecture and has quickly matured to be feature rich and production ready.”

Even better, I hear you say? Well, depends… let’s call it a par. One had the reputation to be more carrier grade, the other one was told to be more backed up by “the industry”... now you can guess. The proponents of each camp used every opportunity to dislodge the enemy, until… well, until ONOS decided to join the Linux foundation to become what SDxCentral called “a sibling of ODL”.

What a blow… Bayern Munich and Chelsea London all of a sudden decided to become a team. All those great battles turned out to be useless since the actors suddenly agreed on addressing what makes most sense… paving one way to open, elastic networks for agile service delivery with focus on… the user. I don’t know whether this alone marked the turning point from ivory tower to real applications or whether the time was just ripe, but anyway, since then the discussion about controller technologies has calmed down substantially.

Funnily enough, the fact that neither controller was able to manage optical networks due to the complex feature set of P-OTS, MSPPs etc. wasn’t even a point in that debate. Today service providers are enjoying a few frameworks of transport SDN solutions, where controllers are what they always were… a necessary part of a big puzzle, enabling applications to use the underlying network more efficient than ever.

So what have we learned? Only the application should matter, the technology is secondary. One might believe that for less mature markets the number of purely technology focused debates versus discussions about applications is much higher. But looking at the 5G arena, this theory is doubtful. At least in the headlines the number of serious debates about which technology to go with is much smaller than the amount of “it will save the world” or “it will never cost in” statements. Since the earlier is mostly fueled by clueless politicians or vendors who have no other chance than believing in it, we might actually have learned something… finally.

What Does a Control Plane Do?
Russ White, Architecture Team at LinkedIn
July 4th, 2016
Read More 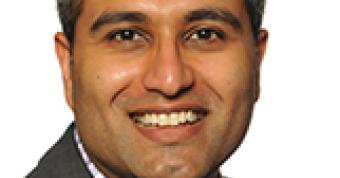