A DWDM Guide: Definition, Benefits, and When You Should Use It

Today’s telecom, cable, and data providers constantly  compete to provide the best, most reliable service to customers, while investing in the right technologies to maintain the integrity of data and enable the separation of users. Because of this, service providers often spend countless hours searching for cost-effective, yet future-proof solutions that fit their business needs.

This is where DWDM comes in. Dell'Oro forecasts the total DWDM market to grow at a 3% compound annual growth rate (CAGR) to $18 billion by 2026. This is a direct result of the sale of DWDM systems.

In this guide we’ll explore DWDM systems, including the components, benefits, how they work and compare to other systems, and as a result, you’ll have the information you need to make the right choice for your business.

Dense wavelength-division multiplexing (DWDM) is an optical transmission technology that uses multiple wavelengths of light to combine several data streams onto a single optical fiber. DWDM is a variant of Wavelength-Division Multiplexing (WDM). DWDM leverages tighter wavelength spacing to accommodate more channels, as opposed to other WDM technologies. The high number of channels available to DWDM enables the technology to transmit large amounts of data on a single cable. Want to better understand optical networking?

Check out this blog about what OTN can do for you.

Wavelength-Division Multiplexing (WDM) converts several different data streams into wavelengths of light using a multiplexer that combines those streams before transmitting them over a fiber optic cable. This cable is then de-multiplexed at the receiving end and split back into its respective streams of data. WDM makes up the backbone of most carrier systems because it allows them to use a single line of fiber optic cable to provide high speed services, without sacrificing quality and reducing latency.

How does DWDM work?

As a dense form of WDM, DWDM uses the same kind of multiplexer during the transmission method, except it fits more channels on its cable. Let’s take a closer look at the entire DWDM process to get a deeper understanding of how DWDM works:

DWDM equipment can simultaneously transmit several types of data across an optical channel, including data, video, voice transmission, and more.

Metro DWDM systems are used for transmitting data across moderate distances of a few hundred miles to cover a large metropolitan area. Whereas, long haul DWDM sends data across greater distances, often spanning hundreds or even thousands of miles. However, as providers strive to become more and more competitive (both locally and globally), many are beginning to implement both metro and long haul DWDM using both capacity-reach and power-cost optimized optical transport.

What is the difference between CWDM vs DWDM?

There are two subsets of WDM: coarse WDM (CWDM) and dense WDM (DWDM)—both can transmit data of any mix over a single fiber on various channels. However, there is one major feature that separates the two. The wavelengths of DWDM systems are closer together than that of CWDM systems, which allows for more channel capacity. This nuance serves as the main differentiator because CWDM has limited channels, while DWDM not only supports more channels, but can be boosted to transmit data over farther distances.  A typical DWDM system today can support up to 96 channels on a fiber pair with each channel carrying a 100 Gbps wavelength. Newer technologies are making available even faster speeds of 400 Gbps and even 800 Gbps per wavelength, this is over fewer but wider channels.

Now that we know what differentiates DWDM from other forms of WDM, let’s take a closer look at its components.

Several components work together to make up a DWDM optical system. Below is a high-level overview of each component and its function:

What are the Benefits of DWDM?

Data centers, telecom, and cable providers are constantly on the hunt for technologies that provide a strong ROI, while also meeting customers’ needs. This is an area where DWDM systems shine. Let’s take a closer look at some of the other benefits of the system:

A Future-Proof DWDM Solution with Ribbon

As service providers continue to upgrade their technologies to provide reliable service to customers who utilize a mix of data, it becomes crucial to find a solution that maintains  the integrity of data and enables the optimal separation of users.

Are you looking for the right technology for your organization and customers? Watch our webinar to learn which option may be the best fit for you.

Webinar: Optical Networking/DWDM Demystified
Glossary: What is DWDM?
Blog: Are We Finally Entering the IP-over-DWDM Era? 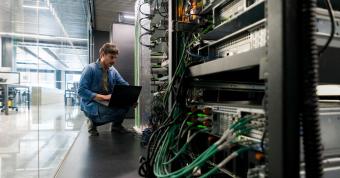 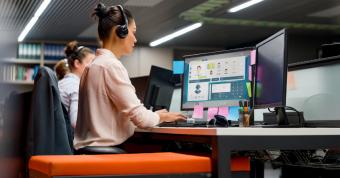 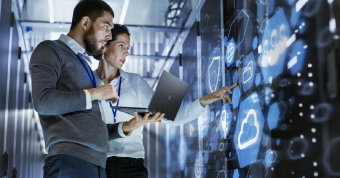 Cloud Native - What's It All About?
December 7th, 2022
Read More
Take the Next Step!
Send Us a Message