What Black History Month Means to Me

In the U.S., February is Black History Month (BHM) and as a member of Ribbon’s DEI (Diversity, Equity and Inclusion) Council, one of my goals is to share my experience and help bring new perspectives to the table.

I’ve lived in three countries: Haiti where I was born, Canada, and now the U.S.. This journey has allowed me to embrace different cultures, which help make me who I am today.  When I moved to the U.S. in 2000, even some Black Americans I met at work were surprised to hear that Canada had Black people from generations since slavery. I don’t want my daughters, born in Canada, to have to engage in the same conversations.

BHM is an opportunity to center Black excellence and help reverse negative stereotypes. Personally, I see it as an important time to reflect on and educate people about Black struggles in North America and the many unrecognized contributions of our community to society at large. As an engineer myself, I would like to share the names and accomplishments of some scientists you may not be familiar with:

Frantz Saintellemy is the 14th and youngest chancellor and chair of the board of the Université de Montréal, one of Canada’s leading research universities, and my own alma mater. He is an internationally recognized expert in cutting-edge technologies and the source of many patents, innovations, and start-ups, as well as a leader in environmental sensing for autonomous vehicles and advanced driver assistance systems.

Mark Dean, a noted IBM engineer, led the design team for the ISA (Industry Standard Architecture). He also spearheaded the color computer monitor and was a collaborator on the first gigahertz chip. This eventually allowed computers to connect to devices like printers, monitors, etc.

Dr. Shirley Jackson is the first Black woman to receive a doctorate from MIT and to lead a top-ranked research university (Rensselaer Polytechnic Institute, the oldest technological research university in the United States). She also served as Chair of the President’s Intelligence Advisory Board in the Obama administration. Her research has contributed to advances in multiple fields including fiber optics, touch-tone telephones, caller id, call waiting, and solar cells.

Otis Boykin invented more than 25 electronic devices including chemical air filters, burglar-proof cash registers, and electronic resistors that have had a huge impact in making all kinds of devices including computers, pacemakers, televisions and military missiles more reliable and cost-effective.

Dr. Marian Croak, an African American Ph.D. holder in quantitative analysis from the University of Southern California invented Voice Over Internet Protocol (VOIP) which is of course largely used today and is part of our own offering. Dr. Croak is now a Senior VP of Engineering at Google.

Of course, it’s not enough to honor previous and current inventors and scientists – we must nurture the next generation, which is why I serve as the Finance Chair volunteer for the North Carolina chapter of the National Society of Black Engineers. It’s a way for me to give back and help promote excellence in education, all of which is important to me on a personal level and as a member of the DEI Council. I’m excited about this new initiative at Ribbon and my goal is to help reduce biases around ethnicity, gender, and sexual orientation at work. This will help us as individuals and as a company and I look forward to seeing the many ways in which we can foster a more diverse, equitable and inclusive workplace. 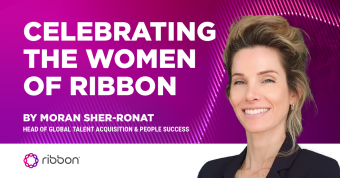 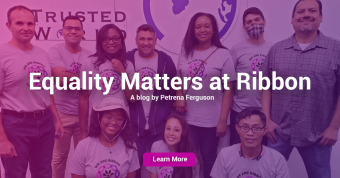 Equality Matters: Ribbon Continues our Commitment to Diversity as we Head into an Important New Year
Petrena Ferguson, Senior Vice President of Human Resources
December 20th, 2021
Read More
Take the Next Step!
Send Us a Message