Optimizing IP Connectivity for the Enterprise

Many enterprises are struggling to rationalize legacy PBX environments made up of disparate systems that don't interoperate effectively and can't share dial tone services. Ribbon's SIP trunking solutions can transform these same assets into one virtual communications system, with site-to-site dialing and a common service provider. Ribbon's session mediation tools make it easy to connect multiple brands and generations of PBXs together. The results, employees stay connected and the organization can leverage multi-site purchasing volumes to reduce costs. And since it's based on Ribbon's carrier-grade software, the solution will be secure and scalable.

SIP trunking gives an enterprise a compelling way to leverage their data-driven IP connectivity for voice communications. Using IP eliminates the distance limitations of legacy TDM (T1/E1) or analog connectivity, making it easier to centralize and rationalize trunking capacity in multi-site environments. The combination of connectivity savings, capacity savings and the opportunity to consolidate total spend with a single SIP trunking provider can result in dramatic savings.

Ribbon provides solutions for every facet of SIP trunking including:

Enterprises are embracing the cloud for their business applications. In addition, more employees are working outside of traditional offices, meaning they are connecting directly to the cloud environment, without connecting to a corporate network. Given this new environment, it often doesn’t make sense to have SIP trunks terminate in an organization’s offices or premises data center and as such it doesn’t make sense to deploy a premises-based security elements.

Ribbon's session border controllers (SBCs) can be deployed natively in AWS and Azure or acquired as a cloud service to provide cloud-based security for cloud-based services. This design reduces latency, offers nearly infinite scale and eliminates the need to maintain hardware. Watch how to install a Ribbon SBC in Azure in just 5 steps

Ribbon has the largest portfolio of SBCs certified for Microsoft Direct Routing, giving organizations better choices to connect Microsoft Teams to a service provider. Choose cloud-based solutions, virtualized software or hardware appliances for 1 to or 100,000 users. Whether an organization is migrating one site or an entire campus to Teams, Ribbon can provide a secure Direct Routing solution that accelerates moving to the cloud as well as solutions to gradually migrate off of local PBXs. Learn more at our Microsoft Solutions page

Ribbon SBCs are certified with Zoom Phone to make it easy and secure to connect Zoom with your choice of communications service providers (AKA Bring Your Own Carrier or BYOC). Ribbon SBCs simplify interoperability, leveraging our real-world experience deploying tens of thousands of devices/instances across the globe. Choose from cloud-based deployment in AWS or Azure, virtualized software, or traditional hardware-based appliances. Ribbon’s SBCs secure these connections and assure interoperability so organizations can select from hundreds of service providers across the globe. Learn more at our Zoom Phone page

Ribbon's SBCs provide end to end encryption of signaling and media, thwart denial of service and distributed denial of service attacks (DoS & DDoS) as well as solve a host of potential interoperability issues. Much like traditional firewalls, they can also be used to segregate the communications network to secure access between different parts of an organization. As an example, a hospital might use an SBC to segregate patient room phones from medical staff communications or a military contractor might segregate their defense program team from other employees.

Beyond the most pressing aspects of communications security, session border controllers are a key part of a wider network security framework. SBCs act as a virtual security guard to prevent bad actors from using the communications network as a point of access into the wider data network. CISOs, CIOs and IT staff understand that every entry and exit point in their network will eventually come under attack. They also know that hackers are smart enough to look for less obvious avenues. Ribbon SBCs can hide the underlying network addresses from bad actors attempting to infiltrate and steal mission-critical data. SBCs inspect every packet coming in or out of the network, looking for anomalies and taking action to prevent attacks. 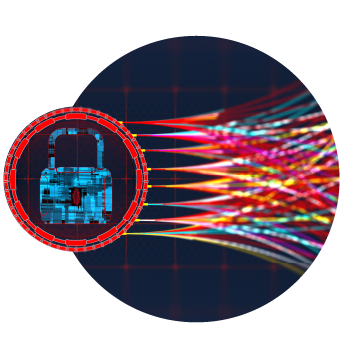 Learn How to Limit Your Exposure to Attacks

Ribbon’s Intelligent Session Control is deployed by some of the world’s largest organizations to simplify calling between sites and simplify customer access to employees across the globe. Ribbon elements enable a common dial plan with a common set of user policies. Our carrier heritage assures that a Ribbon solution will scale beyond the needs of the largest organization and always be designed to deliver 99.999% reliability. 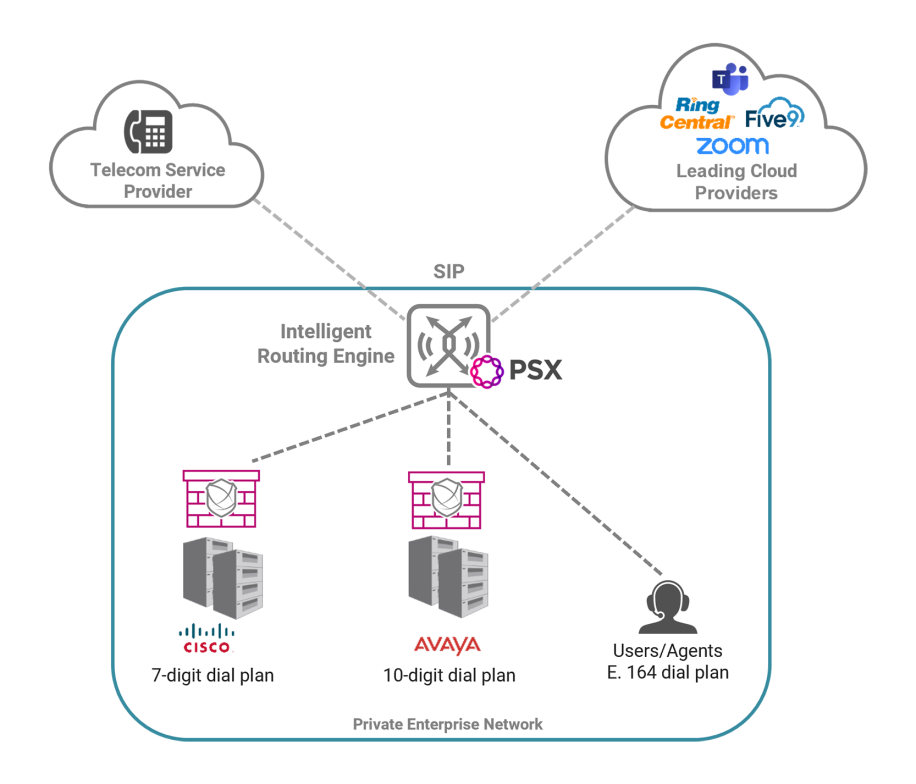 Ribbon's solutions for SIP trunking serve as the cornerstone of an IP-based communications infrastructure that secures communications while enabling dramatic advances in the efficiency.